When someone thinks of Vermont, they might picture rolling hills, beautiful landscapes, small businesses, and agriculture (and, okay, maybe Ben and Jerry’s). But what might not come to mind right away is the state’s growing tech sector.

In fact, there are more tech jobs in Vermont than there are people to fill them, said Jeff Couture, the executive director of the Vermont Technology Alliance.

“At least in Vermont, there are a number of tech jobs and opportunities [that] pay above average wages nationally and certainly in Vermont—many jobs are paying twice the Vermont average wage—I think average wage is about $43,000—many tech jobs are in the high figures,” Couture said. “And the companies, you know, range from software developers to lab developers to manufacturing and telecommunications companies to all sorts of firms that are dealing in lots of interesting industries.”

Vermont Tech Alliance is a resource for individuals and businesses in the tech industry in Vermont. Since 2004, when it was originally named the Vermont Software and Development Alliance, the Alliance has grown to roughly 200 members. Today, it collaborates with organizations ranging from state and federal government to businesses and colleges to promote the technology sector in Vermont.

Couture said the organization “want[s] to tell the story that there are tech jobs, tech careers, businesses” in Vermont.

“People may not think Vermont has opportunities in tech-- it’s a great place to vacation and visit, you know... but obviously, you can’t work there in [a] real job,” he said. “We get out there, try to bring businesses and individuals together and try to connect and promote tech in Vermont... We want to tell the story that there are tech jobs, tech careers, businesses.”

Who Should Join: “[T]hose who would be interested in Vermont and what it has to offer.”

What it does:  “We collaborate with dozens of organizations including state and federal government, businesses, and organizations, schools and colleges to promote and support Vermont’s technology sector. This ranges from state agencies to higher education to other organizations."

“We generate media coverage on Vermont tech business’s jobs and the ecosystem,” he said. “We also sponsor technology events and projects, so we have sponsored and organized the annual Vermont Tech Jam event in the fall in collaboration with our partner Seven Days.”

“At that event, we present Tech Jam awards recognizing innovative technology products and people in Vermont.”

Tech isn’t the only industry that’s profiting in Vermont. Manufacturing company Vermont Precision Tools in Swanton, VT, continues to grow—with a lot of young employees. VPT has a total of 287 employees, and nearly a third of them—67—are younger than 30 years old. And nearly a tenth of them are younger than 25.

“There’s this perception of manufacturing that it’s dark and dirty, you know, declining, you know, it’s going out of business, but in reality, it’s completely different,”  said Tyler Greene, a Project Manager at Vermont Precision Tools and son of its founder, Monica Greene.

“We’re advanced, we’re accelerating,” he said. “There’s a lot of growth and opportunity across the country, but especially here in Vermont. And you can make a career out of this.”

“We have young people here that are doing that right now, that they’ve been here since they were twenty years old, making a career out of this, they’re great machine operators. They can take those skills anywhere,” he said. “So you can make your career out of manufacturing and meet your financial goals.”

Greene attributes the large number of young employees to the unemployment rate.

“The people that don’t want to work aren’t working, they’re not looking for work, but those kids that are graduating high schools, not sure what they want to do, not sure if they want to go to college, they’re coming to us,” he said. “And a lot of times, they don’t have work experience.”

Although the company doesn’t have internships, Greene said they do offer other resources for those interested in pursuing learning outside of work.

“We don’t do any kind of internships or anything, but we do have a tuition reimbursement program for anybody that’s kind of looking to take extra classes outside of work, too.”

This means that the company teaches those young employees “a whole new set of skills.”

“What we do here is we’ll bring someone in, we’ll assess their math and measurement skills, and from there we’ll teach them how to use hand tools.”

What they’re looking for in a potential employee: “I would say the number one thing is a willingness to learn,” Greene said. “There’s a lot of different things that you can do here, and that’s the attitude that we look for the most is someone that’s going to come here on time... have the attitude that you want to learn, and obviously be a good team player.”

“I went to college for about a year, decided it was not really for me,” she said.

After “bouncing around” to a couple of different jobs, Cleland found herself working at Vermont Precision Tools, building sets in the warehouse.

“It was part-time, but eight hours a day,” she said. “I eventually got asked to move out to production, where I worked on the machines. I was out there for probably a couple of years.”

“Sales is just one little part of the company,” she said. “I wasn’t in the warehouse for very long, and everything has really changed now, but I got a little taste of, yeah, pretty much everywhere out there.”

Cleland said she has developed a variety of skills from working at the company-- from customer service to mathematics.

“There’s lots of math that I’ve learned-- like fractions, decimals, things you don’t really use when you take away from school,” she said.

But according to Cleland, the biggest thing she has learned is customer service.

“I had no customer service at all, so when I came up, I was kind of just going on a whim, learning from everyone else here,” she said. “We’ve had a couple customer service seminars, things like that. Once you get working with the people that call in, then you can really learn how [you] can help them out.”

What they do for fun:

This September, Vermont Precision Tools will have its third annual 5k to benefit the American Heart Association. Last year, the event raised over $10,000. This year, the number of attendees is expected to nearly quadruple from last year’s 60 to about 200.

Another business is working directly with young people to give them the tools they need to enter the workforce.

GW Plastics, based in Royalton, Vermont, is working with local students from Vermont Technical College and Randolph Union High School to provide opportunities to young people interested in pursuing careers in the field.

“Not only are we helping to pay for their education, but we are also providing students with the opportunity for real-life, on-the-job training through a paid internship resulting in a job upon graduation,” Riehl said. “For students who may not have thought college and a rewarding career path were financially attainable, this can be life-changing.”

Although the program is still relatively young, Riehl said the company believes these initiatives will have a positive effect on young people’s lives.

“We think our community outreach and workplace training and development programs will give our young people hope that they can stay and prosper in Vermont,” he said. “Over time, [this will] create a sustainable eco-system of educational and career growth opportunities improving the standard of living for Vermonters.”

These types of programs are important for a couple of different reasons. Not only do they provide young people with insight into the “complexities of business”, it also helps them to develop the “critical skills needed to compete in a brutally competitive global marketplace,” he said.

“Only good things will come from this, such as higher graduation rates and improved job opportunities for our youth.”

VTC also works with several other businesses around the state to provide employment opportunities to students.

Maureen Hebert, the Director of Continuing Education and Workforce Development at VTC, said that there are several different options for those wishing to develop their skills:  classes for high schoolers, and internships and apprenticeships for college students. And for some students, there is even a chance of a “full ride”—all tuition paid—Associates Degree through the VTC VAST Employer Partnership.

VTC’s Vermont Academy of Science and Technology (VAST) Employer Partnership connects employers and students. Through VAST, students get the chance to intern with an employer over the summer following their freshman year. Employers grant scholarships to those same students their sophomore year—either to continue their Bachelor’s degree or after having completed an Associates degree.

“It is a competitive program,” said Maureen Hebert. “These students are basically getting an Associates Degree tuition free, because their first year is paid for through the VAST program, their first semester of their second year is paid for by the employer, and then the... fourth semester is paid by the Vermont Strong Scholars program."

The employers range “across the board,” including UTC Aerospace Systems in Vergennes, GE in Rutland, and IBM (soon to be Global Foundries).

“We’ve had a strong partnership over the years with IBM, where we provide training not only for their incumbent workers but for current students that want to work at IBM, now soon to be Global Foundries,” Hebert said.

“It’s across the board, but... one of our major partners lately has been GW Plastics in Bethel. They’re really the ones interested in providing the scholarships because they want to support students who are their region that are interested in getting a technical degree and then coming back to work in the area.”

“We have lots of students that have gone on to some of the smaller companies, but then we have a huge contingent of our software engineering students [who] have gone on to Dealer.com,” she said.

Currently, there are 43 students in the VAST program. However, only five will go through the employer partnership program, Hebert said.

“It’s a holistic approach,” Hebert said. “You get someone in that maybe takes a dual enrollment class, decides they want to do the VAST program, or just enroll in Vermont Tech, and then we can create an internship opportunity for them in the summers in-between, or even during the academic year. And then we have a career counselor that also gets job postings from employers from around the state and region that also can work with those students to look for other opportunities for them.” 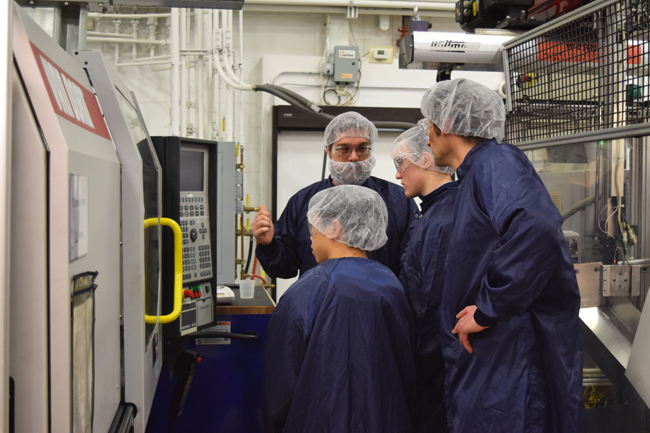 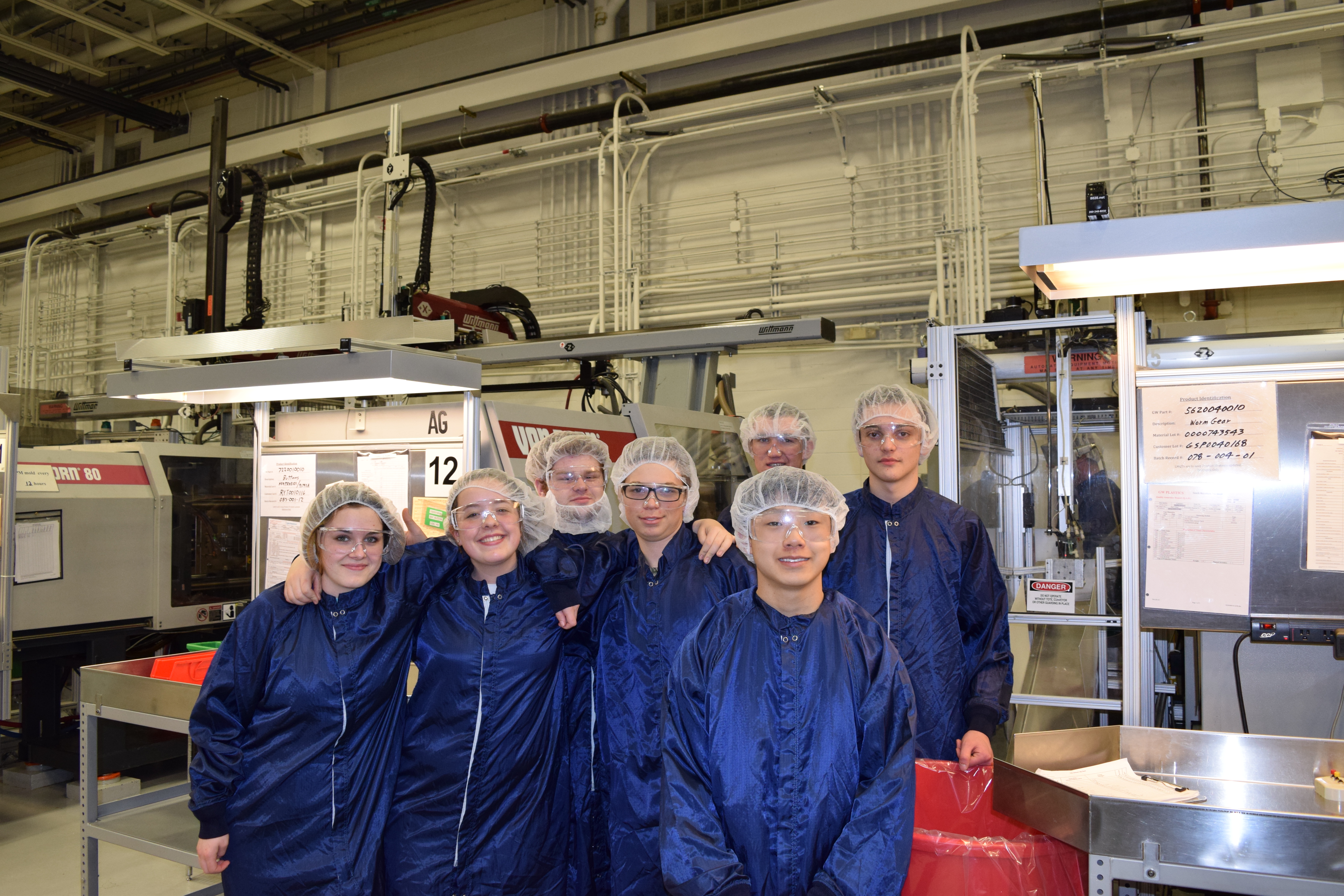