My Bike Gets Infinity MPG

Jon Kaplan is the Bicycle and Pedestrian Program Manager for the Vermont Agency of Transportation, based out of Montpelier. Jon manages all bicycle and pedestrian-related initiatives for the state. Here, he answers a few questions about the current status of biking in Vermont, some initiatives that he is working on and where he hopes to see biking in the Green Mountain State in the future.
Q. Is the number of bikers growing in Vermont?
A. The best data we have is from some national surveys.  According to the US Census and American Community Survey data, the percentage of Vermonters walking or biking to work is up from 5.9% in 2000 to 6.7% now.
Q. What can you attribute to this growth?
A. A number of factors: increased gas prices, greater awareness of transportation as a cause of climate change, increased awareness of personal fitness, and a trend towards living in downtowns and village centers where walking and biking are more feasible for short trips. There has also been steady investment in improving the infrastructure for biking and walking.
Q. What steps is the state taking to accommodate this growth to keep everyone safe?
A. Well-designed and increased availability of infrastructure for biking and walking.  We recently ran a series of radio PSAs about safe walking and bicycling. We have produced a series of safety publications – Bicycle Commuter’s Guide, Share the Road brochure, Parent’s Guide to Safe Bicycling and a Bike Check sticker, that are available to anyone on request for free.  We are working on a more coordinated strategy to get these out around the state.  We are developing a scope of work for a statewide safety education campaign that would involve youth, law enforcement and driver’s Ed participants.
Q. How does legislation play a role in how biking in the state advances?
A. In some cases, it plays a positive role.  In 2010, Act 114 (the vulnerable users law) was passed and it provides additional legal protection to all vulnerable users including bicyclists and pedestrians.  It also allows bicyclists to make certain maneuvers on the road that follow safe cycling practices.
Q. Is local transportation also seeing a trend of growth and higher numbers?
A. VTrans does not track this, but I expect that the growth is statewide.
Q. Being such a rural state, are there challenges to working with Vermont’s landscape?
A. I don’t know if the challenges are so much due to the rural character, but rather the hilly terrain and the fact that the roads have existed in the same location for many years, and we now have much higher traffic volumes and are accommodating large trucks. For example, we have narrow roads with a river on one side and a steep hillside on the other.  This makes it difficult for any road widening to add shoulders that could be used by bikes. Our climate is another challenge with cold, snowy weather for several months.
Q. What are you currently working on that you are excited about?
A. I’m excited about the safety initiatives that are being rolled out. I am also overseeing two state initiated projects – one that is making accessibility improvements in VT downtowns (in cooperation with the Agency of Commerce and Community Development) and one that is upgrading the three state owned rail trails.  We also are opening up the bike/ped program to fund community applications for projects for the first time since 2005.
Q. What do you hope to accomplish in terms of biking and local transportation in the future in Vermont?
A. I would like to see a continued integration of bike and ped needs into regular VTrans road, paving and bridge projects.  We have been doing this for a number of years and I see this as an efficient way to build infrastructure for bicycling and walking.  I would like to explore a partnership with the Department of Tourism and Marketing and with the Department of Forests, Parks and Recreation to better promote the state owned rail trails as linear parks that could be a big tourist draw for the state. I would really like to see an increase in the use of bicycles for everyday transportation. Vermonters make many short trips by car and these could easily be converted to bicycle trips, saving gas, money, reducing greenhouse gas emissions and giving people a chance to get some needed exercise and a greater opportunity for interaction with neighbors and community members.
By Neel Tandan 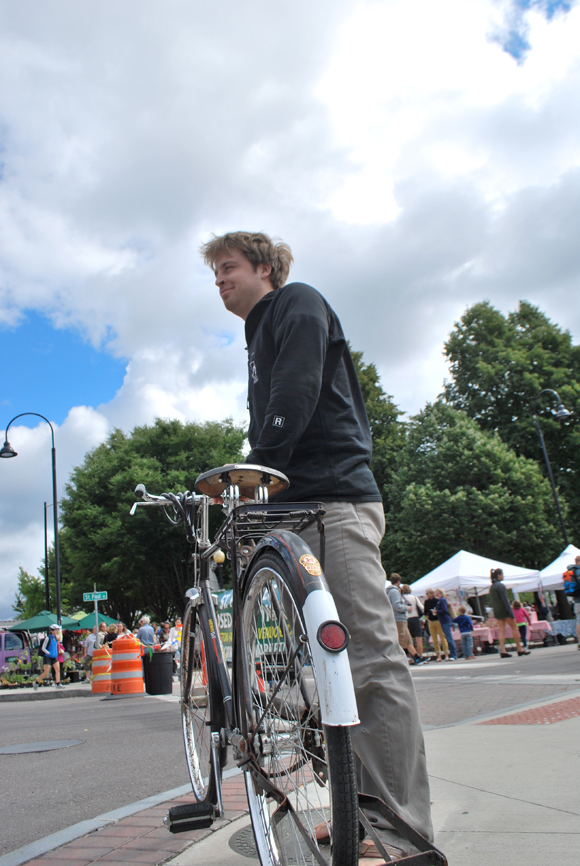 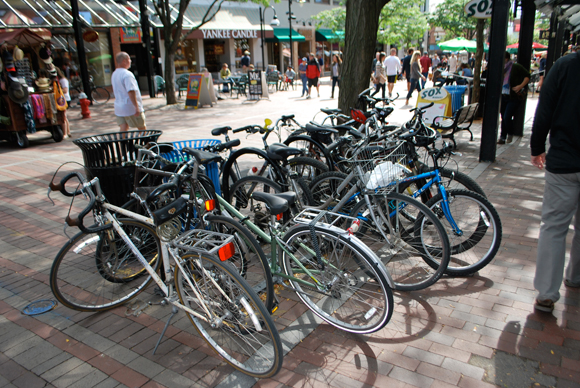