How did you get into snowboarding? When did you think you might get to the level you're at now?
I was super lucky growing up right on the back side of Okemo mountain! Our super-small elementary school would take whoever wanted to go, up to the mountain once a week, hooking up free rentals. That's how I got into skiing, making the sweet pizza turns. Then my brothers started snowboarding, and I of course wanted to try that out! I never knew then the level I would progress to and be at now.  If you had told me then my snowboarding future, I would have been like, yeah right, sure thing, buddy!
How many countries have you snowboarded in? Favorite one outside America?
Well let see, because of snowboarding I've gotten to ride in Japan, Chile, Italy, Switzerland, New Zealand, Australia (where I am right now!) and  experience other countries, like Mexico, Croatia, Costa Rica, not to snowboard, but I probably never would have gone if I wasn't a shredder. My favorite place outside America... that's a hard one! Would have to say riding in Japan is pretty spectacular, and we always seem to score epic powder when there!

What is the proudest moment of your life as a snowboarder?
The day I realized that I wanted use my snowboarding to do good in the world! My ego figured out that I was pretty hooked up, having a job that I love so much, being paid to be an athlete, I wanted to take my giftedness to the next level, donating all my prize money to charity, and having almost three products that raise money and awareness for starving babies and children.

What does an average day look like for you?
Depends on when that day is! Right now I am in Australia, took almost 30 hours to get here, woke up jet lagged to the beauty of a super-windy day! Going up to practice in a little over an hour –– after some yoga –– competing in both half pipe and slope style this week, meditating on doing well, no matter what the conditions!
What is Hannah's Gold -- how and why did you start it?
Hannah’s gold is a non-profit charity, and my first big step on giving back! Growing up on maple syrup, I thought it only right to sell something super-sweet and tasty as a way to reach out to the third world community of Kirindon, Kenya, and help them with taking big steps out of poverty. We are headed there (just got accepted into the country!) this October to visit and help start up a huge water sanitation project, a $1 million project that, once completed, will help over 30,000 people. If you want to help sweeten the world one bottle at a time, check out hannahsgold.com and join the fun!!
What was growing up in Vermont like for you? What advantages do you think it gave you?
It was simple and sweet! Growing up right over the mountain from the best monks in the world! I would go see them every Sunday, and learn from their worldly mindsets and thoughts. They've helped me be who I am today, as an athlete, and as a role model. My mom had a huge garden in the summers (still till this day) and my brothers and I had a trampoline and a pond. We were out in the middle of the woods, and I sometimes took it for granted, but not any more!
What is your favorite thing about Vermont?
The monks of the Westin priory!

What is your favorite place in Vermont and why?
My parents’ house in Belmont!

What do you like to do in your free time?
I like to doodle, be creative with thoughts, play the digireedoo, and congos, imagine a world of peace and justice, read inspiring things, meditate, do yoga, tai chi, mountain bike, swim in Lake Tahoe, chant, detox my body, and live normally! Haha! 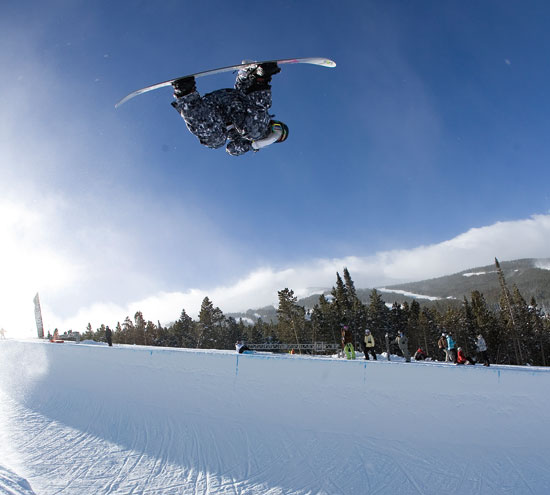